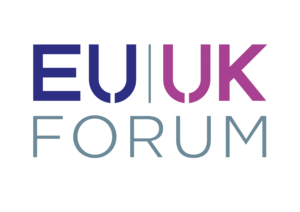 The first EU-UK Forum of the new year will focus on prospects for EU-UK relations in 2023. Paul Adamson will discuss with Anton Spisak his new report for the Tony Blair Institute for Global Change, “Fixing Brexit: A New Agenda for a New Partnership with the European Union”.

Register to attend for free

Anton Spisak is a senior fellow at the Tony Blair Institute for Global Change. His research focuses on trade, international economics and UK-EU relations. He has published extensively on the UK’s withdrawal from the EU and its economic and political implications. Before joining the Institute, Anton was a senior policy adviser in the UK’s Cabinet Office and the Foreign & Commonwealth Office, where he worked on the Brexit negotiations. Before that, he held roles at the Financial Times and RAND Corporation.

Paul Adamson is chairman of Forum Europe and Forum Global and founder of Encompass an online magazine and discussion space dedicated to covering the European Union and the UK’s place in the world. He is also the chairman of the EU-UK Forum and a member of the Independent Commission on UK-EU Relations.

Paul is a member of the Centre for European Reform’s advisory board and Rand Europe’s Council of Advisors. He is also a Visiting Professor at the Policy Institute, King’s College London, a Senior Adviser at the Atlantic Council’s Europe Center and a Senior Fellow at the Centre for Britain and Europe at the University of Surrey. He is a patron of the University Association of Contemporary European Studies (UACES) and a Fellow of the UK Academy of Social Sciences.

In 2012, Paul was made an Officer of the Order of the British Empire (OBE) “for services to promoting understanding of the European Union” and in 2016 he was made a Chevalier in the Ordre national du Mérite by the French government.

Keeping an Open Channel: Opportunities for Dialogue between the British Parliament and the European Parliament

Hilary Benn MP, Chair of the Select Committee on the Future Relationship with the EU & David McAllister MEP, chair of the EP Foreign Affairs Committee in conversation with Georgina Wright, Senior Researcher at the Institute for Government

Life after Brexit: Sir Ivan Rogers in conversation with the FT’s Peter Foster on what the TCA means for future EU-UK relations

Moving Forward Together?: Opportunities for UK-EU Transport after Brexit

The first EU-UK Forum of the new year focussed on prospects for EU-UK relations in 2023. Paul Adamson discussed with Anton Spisak his new report for the Tony Blair Institute for Global Change, “Fixing Brexit: A New Agenda for a New Partnership with the European Union”.

Following the European Council’s June decision to grant Ukraine and Moldova candidate status and the European Commission’s October recommendation that Bosnia and Herzegovina be granted the same, a growing number of European countries are now on the accession track or, like Georgia and Kosovo, waiting in the wings. At the same time, the EU’s difficult relations with the likes of Switzerland, Türkiye and the United Kingdom continue, as do rule of law issues with current Member States. In the light of all this, a panel of distinguished experts on the enlargement process and such emerging concepts as staged accession and the European Political Community will examine how the EU could or should be re-thinking its neighbourhood.

Working Together to Drive Down International Transport Carbon Emissions

The importance of joint climate leadership in the field of international transport by the UK, the EU and other leading players, is heightened by the current challenging global context, including the post-pandemic recovery, the war in Ukraine, the energy crisis, and the need to maintain and build momentum following the success of COP26.

The webinar aims to bring together policy makers, experts, academics, and key industry players to examine these challenges and explore how greater efforts and co-operation are required to maximise the international opportunities presented by COP27, the ICAO Assembly, the IMO Review of GHG Strategy,  European Airspace utilisation, and global developments in innovation and technology.

Working Together to Drive Down International Transport Carbon Emissions

Life after Brexit: Sir Ivan Rogers in conversation with the FT's Peter Foster on what the TCA means for future EU-UK relations

Life after Brexit: Sir Ivan Rogers in conversation with the FT’s Peter Foster on what the TCA means for future EU-UK relations-2022

British and European Foreign and Security Policy after Brexit

Given the ongoing post Brexit tensions this webinar will explore how much political will there is for the EU and the UK to cooperate in foreign and security policy, the role of NATO and the importance of key EU member state bilateral relations.

British and European Foreign and Security Policy after Brexit

Prospects for EU-UK Relations in 2022: Anand Menon in Conversation with Paul Adamson

Anand Menon, Director of the UK in a Changing Europe, talks to Paul Adamson about likely political and policy developments in EU-UK relations in the coming year.

Prospects for EU-UK Relations in 2022: Anand Menon in Conversation with Paul Adamson

View all past sessions on demand

If you are a member of the EU|UK Forum, please remember to register for each individual session you wish to attend using the links sent to you via email. If you have any questions on how to register for individual events, please contact the team on .